You haven't experienced the best of summer in Georgia until you've had tomato pie. It's something we have for brunch and sometimes as a side dish at dinner. It's a perfect gift for a friend or neighbor too. When I heard our local and nearby Hall County Farmers Market was having a cooking contest for entries made with squash or tomatoes, I knew I had an entry. I made a couple this morning, took the pie over and had it on the table at 10 am for judging, and was announced the winner at 11 am by the Hall County Extension Agent, Josh Presley. 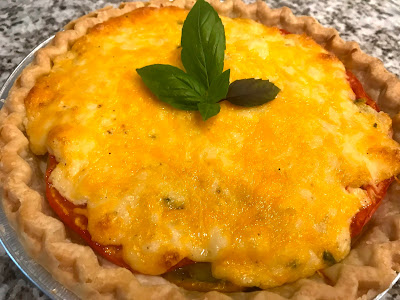 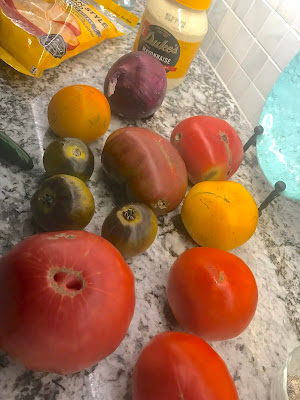 I've made tomato pie with a homemade crust and think these are just as good, maybe better than my homemade. Since they come two in a pack, I always make two pies at the same time.  For this recipe, I'll share how I make two pies.


Pre-cook the crust in oven that's been pre-heated to 375℉ for about 10-12 minutes. The bottom may rise a bit but it will fall back down when you take it from oven.

While the pie crust is cooking, thinly slice tomatoes about 1/4 to 1/3 inch wide. Lay slices on paper towels and generously salt to drain off the excess moisture. Let sit for about 15 minutes. 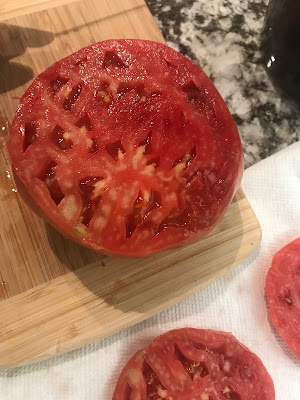 Mix together 4 cups (less about 1/2 cup for topping the pies) of shredded Mexican cheese, one onion, diced, and one, jalapeno, diced (after seeds and membrane removed). 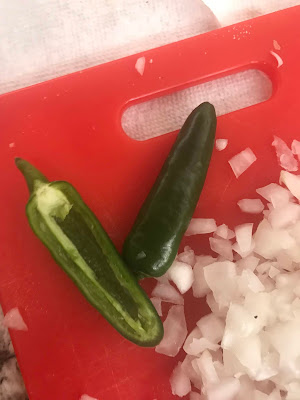 After the crusts have pre-baked, sprinkle with parmesan. This helps keep the crust crisp. 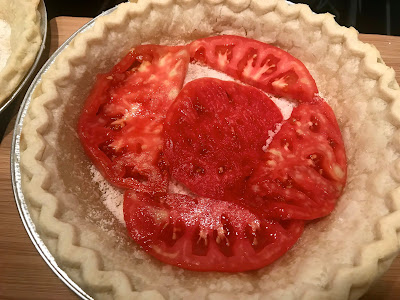 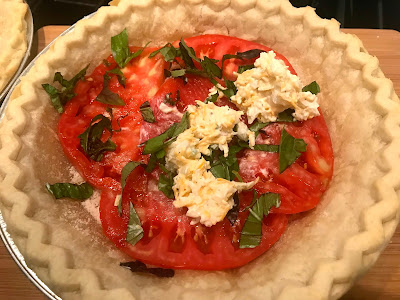 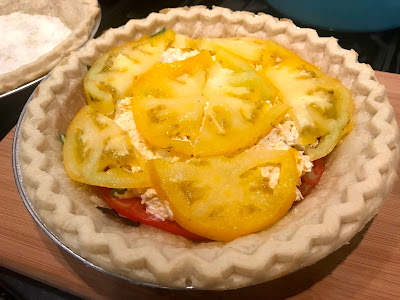 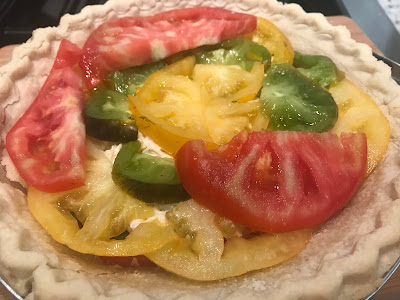 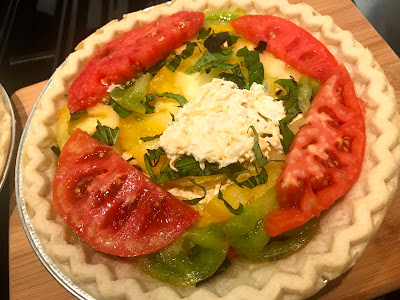 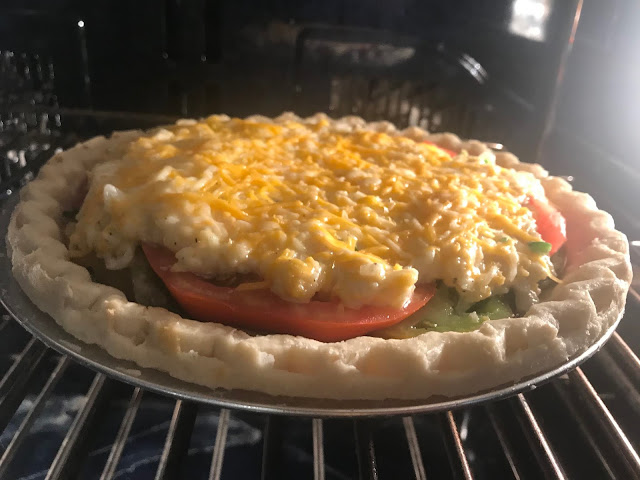 Bake the lovely at 375℉ for about 30 minutes or until the cheese is bubbly and the crust is golden brown.

Whisk together the yogurt and mayonnaise. Then mix together the diced onion, pepper, cheese, mayo and yogurt, adding salt and pepper to taste.  Stir in 3 3/4 cups of cheese, reserving 1/2 cup to top the pies with when complete.

Bake at 375℉ for approximately 30 minutes, or until cheese is bubbly in middle.  Let rest for about 10 minutes before serving. Serve warm or at room temperature. 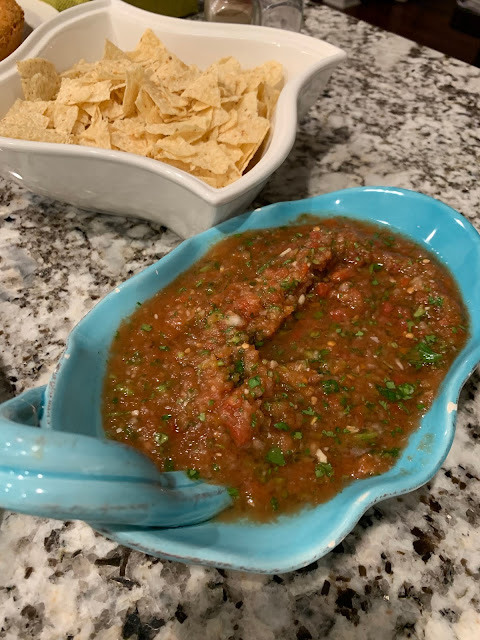 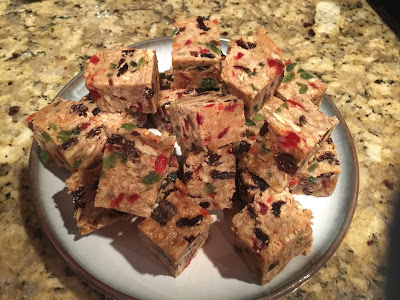 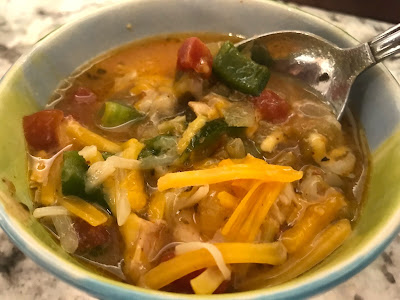 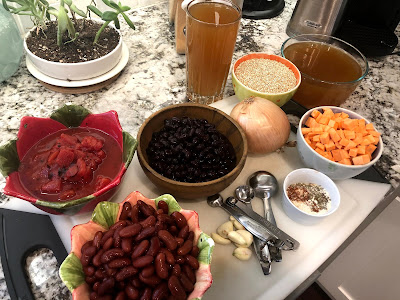 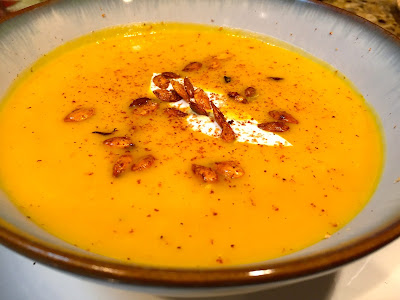 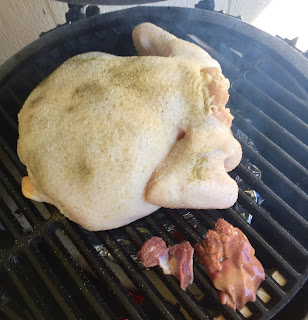 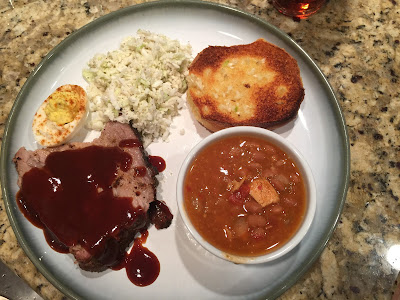 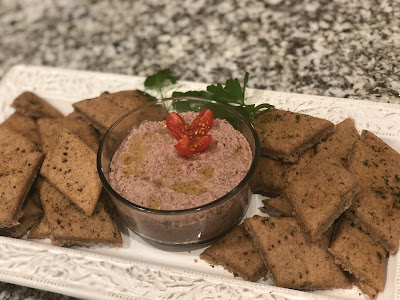 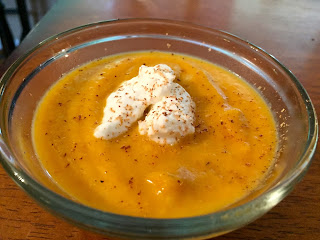